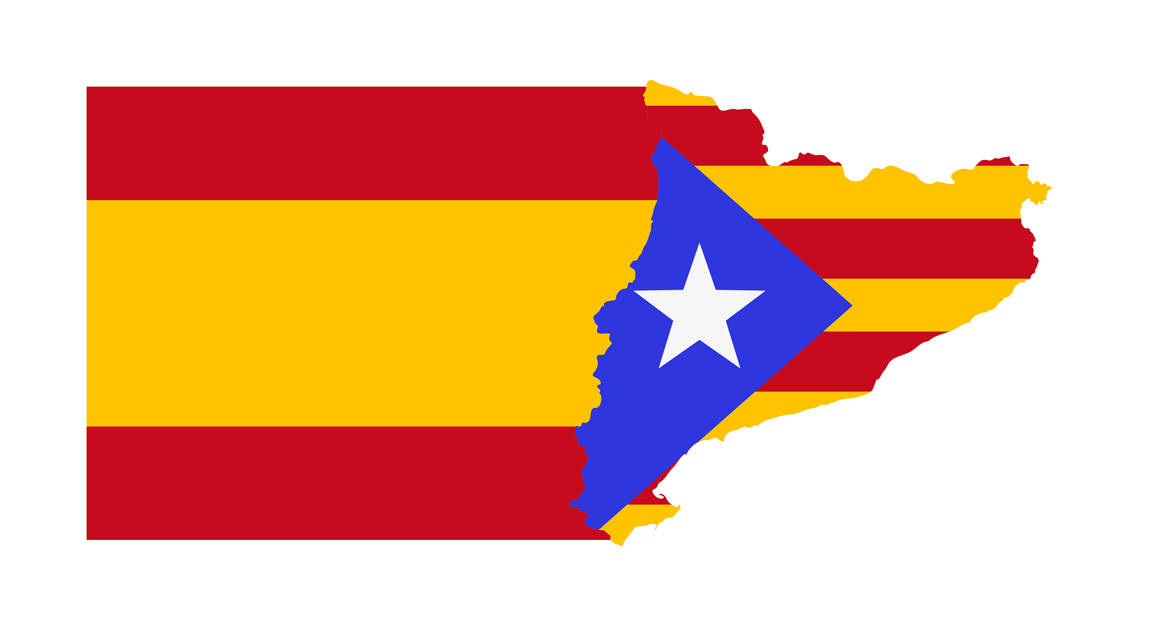 At the time of writing - Wednesday afternoon 11th October 2017 - there is claimed to be confusion about the Declaration of Independence of Catalonia. The widespread global understanding is that the President of the Catalonian Parliament unilaterally declared independence last night, and immediately suspended it to enable mediation to take place. But apparently this understanding does not pertain in Madrid. This morning the Spanish Prime Minister asked the Catalan government to clarify its actions so that they (the Spanish Government) could decide how to proceed.

You might think that this sequence of events demonstrates a desire on both sides for diplomacy. Superficially it looks like the Catalonian objective is to defuse the situation and enable mediation to take place, whilst the Spanish Government's objective is to identify exactly how far the process of independence has got so that realistic talks can begin.

Think again. We are watching a car crash, slowed down. The real motive on each side is to take the high ground of reasonableness and at the same time make the other side look like the bad guys. That will unravel soon enough.

The quotation I used to entitle this piece, attributed to Trotsky, carries the implication that whilst it might be your preference to talk rather than to fight there are forces which you cannot control which prevent this course of action, or at least render it impotent. We are a long way from a war between Catalonia and the rest of Spain, but there are irresistible forces within Catalonia (which has harboured a desire for independence for decades and whose voters are fed up with financially bailing out the rest of Spain), within Spain (which viscerally prefers a unified country to a group of federal states, even to the extent that they would love to scrap the existing Autonomy which Catalonia enjoys) and within the EU (which is petrified that creeping nationalism will impede its dream of a unified Europe). These irresistible forces are mutually incompatible, and when the veneer of diplomacy is stripped away, as it will be in the next few days or weeks, we might see violence on the streets of Barcelona and Madrid which will overshadow the police brutality seen on the October 1st Referendum Day.

The issue between the US and North Korea has similar elements. Secretary of State Rex Tillerson assures the world that diplomatic lines are open between the two countries but at the same time his boss poo-poos the idea of diplomacy. If the escalation in rhetoric continues to the point that an act of war is committed the liberals will blame Donald Trump's invective. Pacifists like Jeremy Corbyn will be among the first. They may be right, but it is also conceivable that the state of mind of Kim Jong-Un means that there can never be a diplomatic deal. The current lack of action is probably because North Korea doesn't yet possess the technology it needs, but when it gets that technology it may be more persuaded not to use it by an unstable Rottweiler than by a suave diplomat.

So it is within the commercial world. Time and again our clients tell us that they are unable or unwilling to just say "No" to customers and suppliers who make unreasonable demands, because the wheels of business are lubricated not by threats of war but by continuing discussion and compromise. By which they mean inaction and concession. A client recently asked me what negotiating technique they might use to engage with a counterparty who owed them some millions of pounds and who was ignoring emails and had refused to speak to them for months. I suggested a High Court Writ. They were appalled.