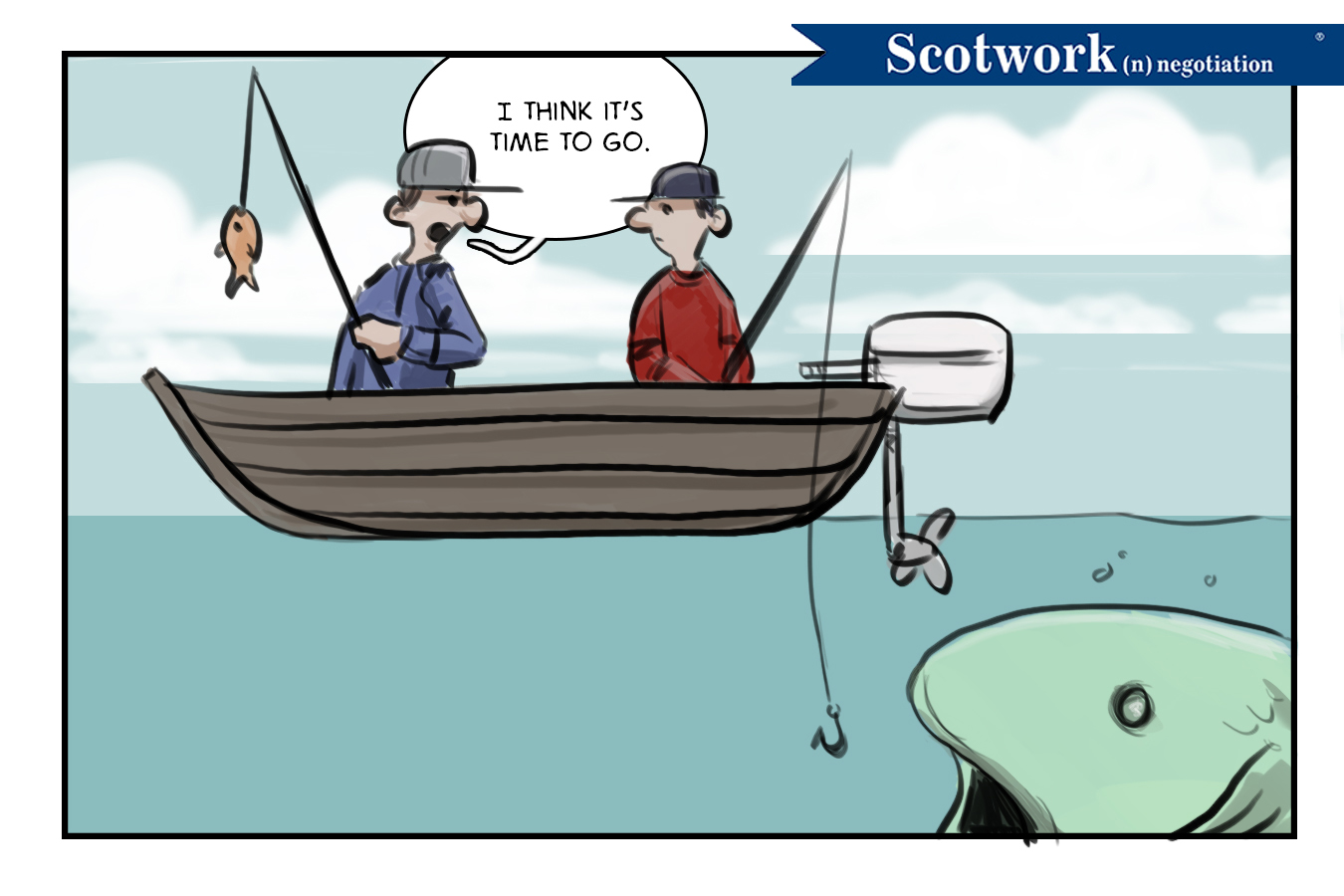 “Fish or cut bait?” That was the last question my then girlfriend asked me as she walked out of the bar. She had brought me there to discuss our future. We had been dating for a while, but it wasn’t really clear where our relationship was going. I have to admit, I was taken aback by what my friends call “the talk.” She wanted to know about my intentions. We were having a lot of fun, she pointed out, but if this wasn’t heading toward something more serious, she added, “what’s the point?”

Quite frankly, I wasn’t comfortable being pushed to evaluate our relationship that way. How was I supposed to know where it was going? I wasn’t thinking in the long-term like she was — I was enjoying the moment. There were two big lessons I learned in that moment that made a big impact on my relationships and how I resolve conflicts with others. Ironically, it also has an impact on how I negotiate.

The first lesson is to be mindful of what the other person wants or needs. In my relationship, I assumed we both wanted the same thing: to have fun. I never thought for a moment that my girlfriend wanted something more than that. For many negotiations on which I advise, this is one of the biggest mistakes people make: They spend so much time thinking about themselves and what they want, they fail to address anything that matters to the other side. This inevitability creates tension, resulting in a negotiation process that takes a lot longer than it should. A few tips (for dating and deal making):

The next lesson is knowing my limits. When we had “the talk,” I wasn’t yet contemplating where I wanted to take the relationship. Therefore, when I was challenged regarding my intentions, I couldn’t readily answer (which is probably why she left me in the bar . . .). The reality is, while I didn’t know what she wanted, I also didn’t know what I wanted or what my limits were. With that said, I would never be able to evaluate the relationship the way she could, which is why she knew it was time to walk away. Ironically, I see the same thing happen in negotiations: When dealmakers get so caught up in making the deal but have no idea how far they can go, they have no way of evaluating the quality of the deal they’re making. My advice to them (and to the hopeless romantics):

Sure, those were life lessons learned from an uncomfortable moment in a bar. However, I find that they continue to pay dividends to this day. What ever happened to the girlfriend? While I hadn’t spent much time thinking about my future with her, I left the bar with plenty to think about. I had a lot of questions to answer, like this one right here: “Am I happier with her or without her?” The answer was “happier with her.” Six months later, we were engaged. A year later, we were married. And here I am, two decades later, still much happier with her than I ever would’ve been without her.

If you’re having a hard time trying to figure out where to take your negotiation, we can help! We can be your advisor, your coach, and your trainer. Whether you bring us in to create your strategy, or help you prepare, or develop your team’s negotiating skills - we can help you win at the negotiating table.

We’ve been consulting and teaching our proven negotiation methodology for over 40 years. We know the process, we can identify the skills required, and we have the techniques to negotiate better deals for you. Call us and let’s discuss what we might be able to do for you.

Brian Buck
More by Brian Buck:
You've been lied to - Part 2
Never get a bad deal - Guaranteed
Back to Insights