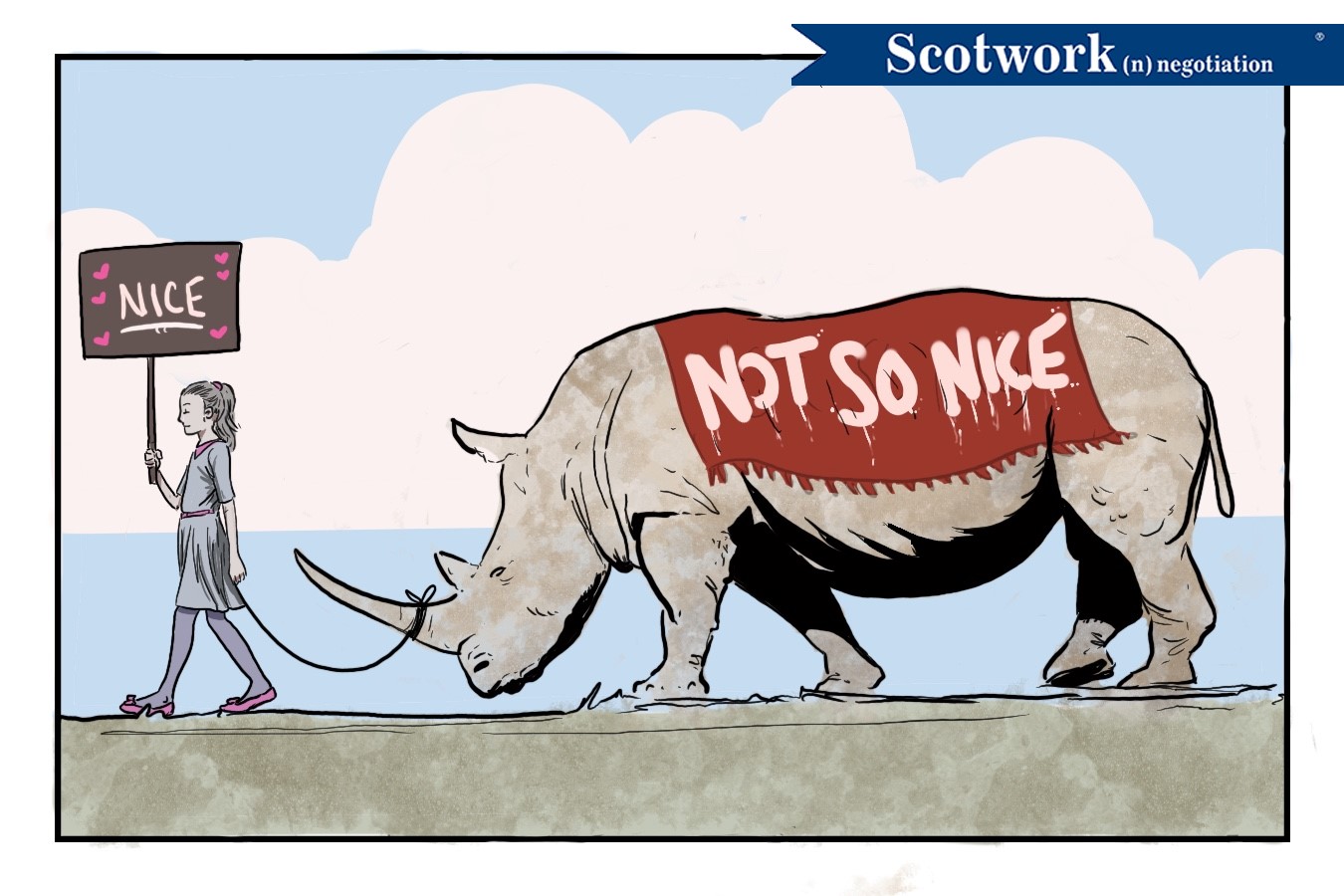 Full disclosure: This isn’t the first time that I’ve quoted the cult action classic Road House. But it may be the first time that such a quote inspired a few insights into negotiating during the era of COVID-19. In the movie, Dalton — an NYU philosophy grad-turned-gentleman bouncer played by Patrick Swayze — tells his crew of newly ordained bouncers, “I want you to be nice . . . until it's time to not be nice.” With some liberties taken regarding the line’s literal meaning, the same could be said about negotiating in a world of hyper-uncertainty.

There’s no two ways about it: Being collaborative will create a more valuable deal for all parties involved. However, not everyone will be collaborative, particularly when there are looming threats, such as going out of business, missing critical deadlines, and losing customers. When our backs are up against the wall and we’re pushed to our limits, we can become more adversarial and turn into competitive negotiators. Let’s break down Dalton’s advice and apply it to dealmaking.

I know this sounds like something your mother, rather than a bouncer, may tell you. But being nice at the negotiating table can go a long way toward building trust and a more collaborative relationship. However, being nice should not be confused with being weak.

You can be nice and be strong. You can be cordial and be firm. Your attitude has nothing to do with your strategy or the stand that you must take — even when you have to deliver bad news or say “no.” When delivering bad news, be direct and succinct. Don’t sugarcoat it or fill it with unnecessary niceties. Instead, say what needs to be said while maintaining your nice demeanor.

We’ve all been in a situation where everything seems to be going just fine . . . and then something happens. Somewhere along the way, unbeknownst to us, the situation changed and the other party began behaving differently. When this happens, it’s tempting to start mirroring the behavior we’re receiving — but when we do, circumstances can quickly escalate to a point from which it may be difficult to return.

The next time this happens to you, get curious about why it happened. Instead of being the bouncer who has to break up the fight, be the detective who uncovers what triggered the reaction. Be empathetic and seek to understand. Once you’ve discovered the trigger, you’ll want to find a way to deal with it instead of the emotion of the situation. This will help to keep emotions in check and everyone focused on the issues at hand.

I believe that once you cross the threshold from nice to jerk, it’s difficult to return because trust erodes and relationships deteriorate quickly. Simultaneously, everyone’s guard goes up, no one is willing to share information, people become disagreeable, and they all seem to dig in their heels. At this point, a negotiation can come to a standstill or move forward in only very small increments.

As a negotiator, I never want to hit the point of standstill, so I rarely feel like it’s a viable choice to not be nice. That said, why do people go there? Most aren’t aware that they’re not being nice. They find themselves in that place because they lose sight of the end goal and, instead, get lost in the emotion of the situation — mostly their own emotions. When you find yourself slipping to that place — when you’re speaking sarcastically, conducting yourself contemptuously, or exhibiting other not-so-nice behaviors — take a break. Walk away and clear your head. Get focused on the negotiation’s goal and, if need be, bring in reinforcements who can help you remain in a collaborative space.

So, maybe Dalton didn’t get it all right, but when it comes to negotiating — whether at the Double Deuce or in your own business — his philosophy is still pretty solid. Keep it in mind and remember how you can be the bouncer of your own negotiations.

Since we approach a deal with fresh eyes and without baggage, we can help you keep your emotions in check as you deal with other emotional negotiators. We’ll assist you with getting better deals, saving time, creating value for all involved — not to mention preserving and even strengthening relationships. Let us partner you with one of our advisers, ensuring that you’ve got the broadest view of your deal.