Whats love got to do with it? 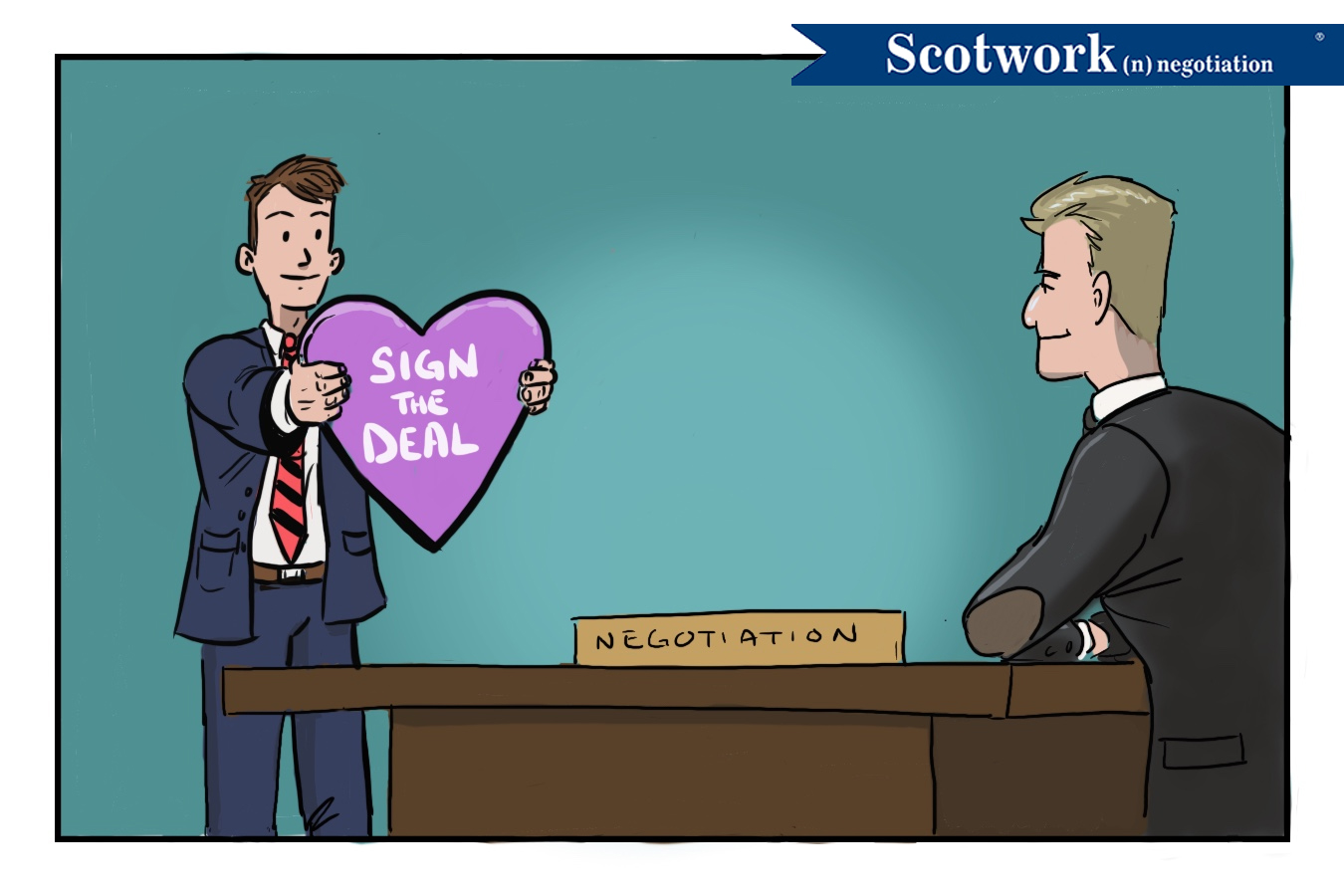 Love is in the air . . . or is it? Valentine’s Day is around the corner and like clockwork, we’re getting inundated with advertisements for flowers, jewelry, romantic this, and romantic that. There’s seemingly an endless number of ways to materialistically show our love. Which got me thinking: Do you need to send a valentine to the ones you negotiate with? To put it differently, how much love should you show at the negotiating table?

We recently completed an exhaustive global study of negotiations, surveying more than 5,000 executives in 31 countries. The results were stunning. One of the data points that stuck out to me was the impact that negotiations were having on relationships. Only 1 in 5 executives said that their relationships were strengthened when the negotiation was completed. 1 in 5!

It seems that there’s a lot of love lost at the negotiating table. Here’s the issue with that: Most negotiations in business are not occurring with transactional partners and one-off relationships — they’re taking place with strategic partners and/or long-term relationships. Which means these are people who are negotiating on a regular basis. So, if 4 out of 5 executives aren’t strengthening relationships during a negotiation, the relationship is, at best, neutralized and, at worst (and far more frequently), worsened.

When relationships aren’t being strengthened, trust begins to erode. Every time the parties come to the table, they prepare for battle instead of collaboration. They get into a defensive position instead of trying to find higher ground. They tend to shut down and hold information close to their vests instead of opening up and freely communicating information. They look for ways to win instead of ways to create value.

But that’s not all. When relationships aren’t being strengthened, negotiations take longer. This may be because information is so hard to come by, being that no one is willing to share. Therefore, it simply takes more time to discover what’s necessary to create a deal. Parties begin to push positions well beyond the bargaining arena, creating arbitrary starting points because, through their own defensive position, they believe they’ll have to give up ground, so they build in additional buffers. It takes time to break through all of the defenses just to generate some movement.

Still, there’s more. When relationships aren’t being strengthened, value is lost. With everyone taking a defensive position, focused on only themselves and lacking trust in the other party, how could value be created? Instead, the parties have inadvertently created a negotiation scenario in which only one can win. When only one can win, the other must lose. When all value is one-sided, the other party leaves beaten and upset, and the cycle of destroying relationships continues.

If you’d rather have a partner sitting across from you during negotiations, instead of an adversary, we can help. Oftentimes it’s how we show up to the negotiating table that dictates who will be sitting across from us. We can help you show up the way you need to. We’ll assist you with getting better deals, saving time, creating value for all involved — not to mention preserving and even strengthening relationships. Let us partner you with one of our coaches, ensuring that you’re never alone on any deal.

Brian Buck
More by Brian Buck:
Internal alignment or iceberg?
Are RFP's going away?
Back to Insights