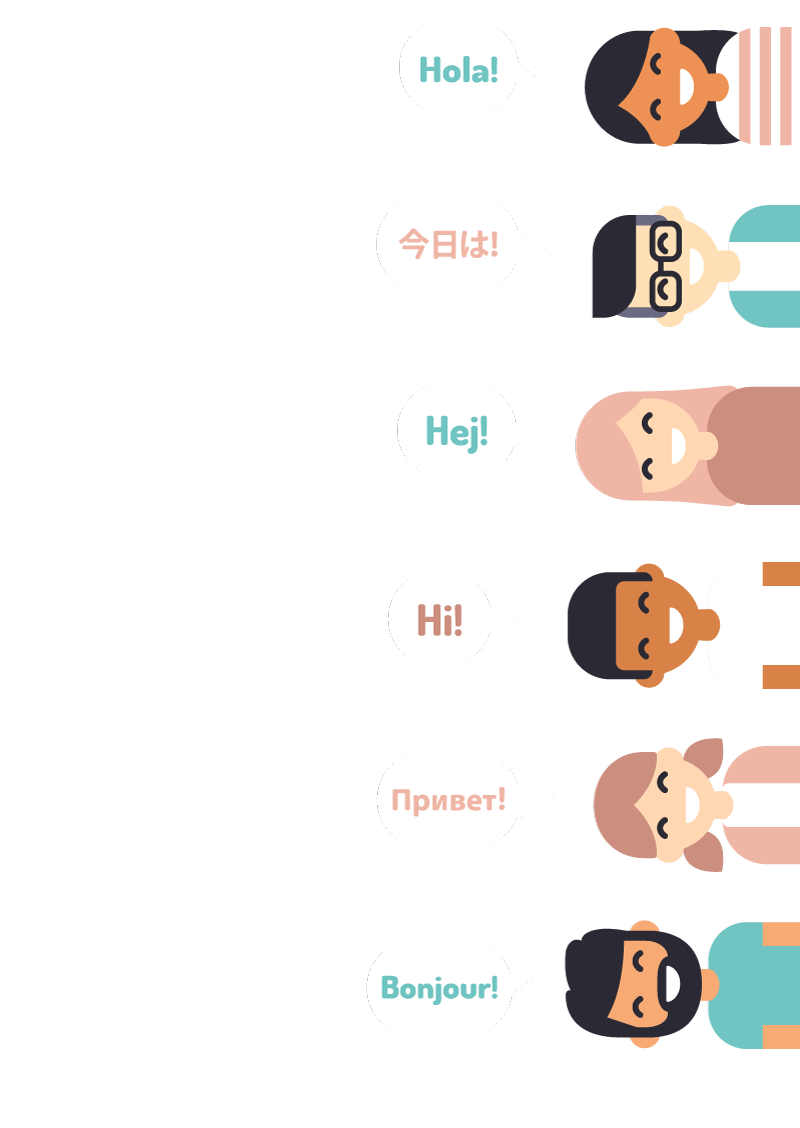 I love language. It’s my thing, has been since I was a kid. Hopeless at math or science but oh how I love language.  My maternal grandparents came to Scotland penniless between the wars, opened a ‘Gelateria’ and made the most delicious ice cream and enough money to have their 6 children educated privately!  Rather than ‘Macari’s’ ice cream shop, they had to name it ‘The Soda Fountain’ as when WW2 hit, the ‘Tallys’ as we were known, were not always in favour with the Scots thanks to Mussolini, and Italian shops were vandalised on a regular basis.  My Nonno was whipped away to a prisoner of war camp on the Isle of Man for 2 years (he loved it there!) leaving Nonna to fend for herself and look after the family.

As well as attending regular school, my brother and I were sent to Italian school on a Saturday morning.  I loved it.  We learned Italian through songs, poems, games and having fun – best way to learn.  Every summer, we went on 3-week language holidays to Viareggio in Tuscany, with other ‘Italo-Scozzesi’ kids, trips heavily subsidised by the Italian government in a bid to keep the language alive in Scotland.  Brilliant idea and what was not to like!  Language classes in the morning, beach in the afternoon, in the evening we mixed with the locals to practise the language.  And the food, what can I say.  Anyway, I was fluent in Italian by the time I reached High School and the passion for language was born and continues to this day.

I was recently on holiday in Portknockie, a tiny fishing village in NE Scotland where my paternal grandmother was born, next to Cullen, where the famous soup ‘Cullen Skink’ originates (smoked haddock with tatties, onions and milk (not double cream btw, that’s as bad as putting ice in single malt whisky),  try it if you haven’t, it’s delicious, nutritious and easy to make (click here for the recipe), let me know what you think.  There are public toilets in Cullen which display signs above them as “Loons (boys) and ‘Quines’ (girls).   The kids are taught “proper” English in school but as soon as the bell rings they revert to their own dialect, Doric.  ‘Fit like?’ how are you, ‘Far ee gan ma quine’ where are you going, ‘I’m awa fer a dook in ma dookers’ – I’m off for a swim in my swimsuit, ‘Far dive ee bide’ where do you live, ‘He’s an affa feel loon’ – he’s a naughty/horrid boy, ‘Yer sheen are full’– your shoes are dirty.

Scotwork’s HQ is in Glasgow where they also have a language of their own. Couple of years ago a colleague used a phrase that baffled me. She said, “sometimes you have to bum your own chuff’. I had to ask her to repeat (I’m from Edinburgh!), and even then, was clueless. I had visions of hair removal devices and other things which make the eyes water.  It transpires that ‘bum yer own chuff’ means ‘blow your own trumpet’. Who knew! I love it, it sounds so irreverent.

Language in any negotiation is important and must be carefully planned in each step of the process.  From preparation, where you should be deciding exactly what you will say to open the meeting, what questions you’ll be asking, what information you’ll be giving, right through to the words you use to close the meeting and ensure nothing else will be asked of you and that everything is agreed and can be implemented by both parties.

Throughout the entire process, we give and receive verbal signal which we must be aware of as they can often show flexibility around what’s being said.  For example, how many signals are there in the following phrase?  Imagine the other party, in response to my proposal, says:

‘That is difficult for me to agree today’

There are 4 potential signals in the phrase:

Listen carefully for those signals and then test them with good questions.

You should be very aware of the language you use.  If you tell me that you are here to increase my price by ‘something in the region of, or around about, or more or less 5%’, then please do not expect me to agree to anything near 5%, far less is what you have signalled that you will settle for so that’s what you are likely to get.  We give signals all the time, which is fine if that’s your intention, if it’s not, then don’t give them and use definitive language instead.

Romana Henry
More by Romana Henry:
Give to get - when persuasion doesn't work
Lycra leggings
Back to Insights