Please, think about them 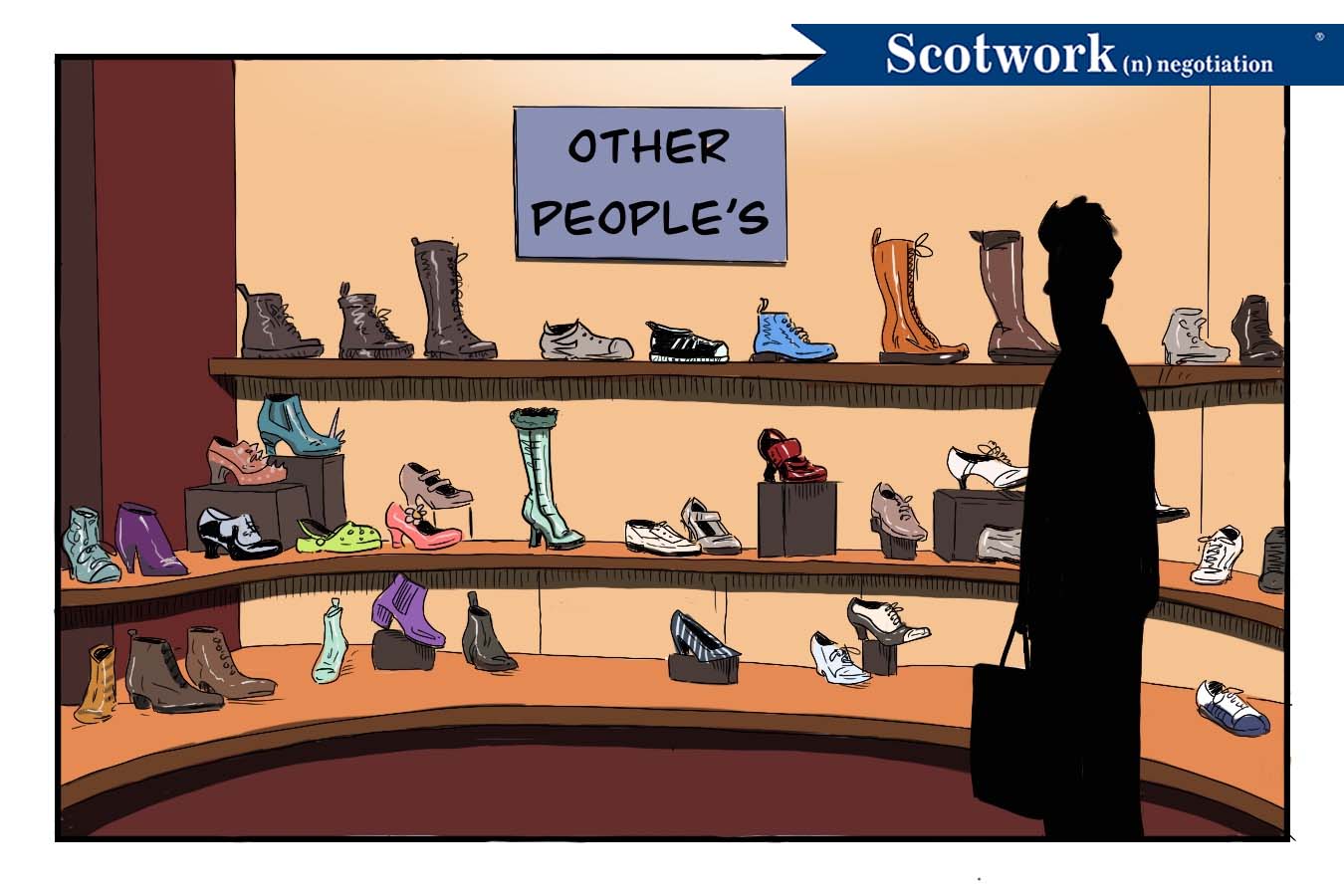 Recently, someone called me in a panic about a negotiation they were involved in. Suffice it to say, it wasn’t going well and they needed help, urgently. They had been negotiating with a long-standing client who had become more demanding and wanted deep price concessions. What was once a good relationship had seemed to sour, and it wasn’t getting any better as the negotiation dragged on. They didn’t want to lose the business, but they could cut their price by only so much before the business was unprofitable. The client didn’t care and was just getting more agitated with every proposal that was made. In fact, the client’s response to each proposal was a curt “that’s disappointing — you can do better.” It was a tough situation, for sure.

The first thing I did with my client — we’ll call him Sam — was go through his preparation. Sam was very proud of his preparation. He had well-thought-out objectives, he understood his limits, he had gotten all of his internal stakeholders aligned, and he had assembled a negotiating team around him for support. He had definitely gotten all his ducks in a row as it pertained to his position. However, he was missing one thing: He had not factored the other party into his equation.

Sure, he had crafted proposals for the other party and had questions that he wanted to ask them, but he never took the time to put himself in their shoes and see the situation from their point of view. Everything he did during the negotiation was based on his perception of reality. Had the other party seen the world the same way, I’ll bet Sam would have had a much easier time. But my gut told me that wasn’t the case.

My suspicion was further supported by Sam’s inability to answer the following questions:

As we went through the list of questions, it was clear that there were a lot of holes in Sam’s knowledge of the other side. However, if Sam answered, “I don’t know” to any of the questions, I had him make an assumption about what he thought their answer might be. I just wanted to get him thinking about them and stop focusing on his own problem at the moment.

Since Sam had more assumptions than facts, I asked him to come up with a list of questions to test his assumptions. Some of the questions were the same ones that I asked him, but there were many others designed to validate what he knew or uncover all the things that he didn’t know.

The following step was planning the next meeting. I advised Sam not to come to the table with any more proposals until he understood the other side better. Therefore, this next meeting was going to find Sam getting curious about the other side and investing time into their wants, needs, desires, motivations, and perspectives. At the end of that meeting, he would summarize to them what he had heard, so that they knew he had heard them.

That’s exactly what he did.

As soon as Sam left the meeting, he called me. He was so excited: “You’re not going to believe this, but . . .” He started to share all of the things he had learned about the other side. It turns out, the proposals they were making addressed none of their needs, only Sam’s. After hearing what was important to them and why they wanted certain things, Sam was able to get creative and bring things into his proposal that the client loved; those things also happened to be margin enhancers. Sam’s biggest discovery? The client wasn’t as price-driven as he had thought; however, they weren’t willing to pay for things that didn’t meet their needs. Their “disappointment” was that Sam wasn’t hearing them. That’s why they felt that he could do better.

In short order, Sam was able to get a deal done. What he felt most happy about is that he was able to repair the relationship during this negotiation and put it back on a healthier path. In retrospect, while Sam’s preparation was good, it was incomplete. He forgot about the other side. Had he prepared as rigorously regarding their positions as he did his own, he could have avoided a lot of wasted time and frustration.

The next time you prepare for a negotiation, think about the other side! And if you’re ever in a situation like Sam’s, where things aren’t going well, take a step back and put yourself in their shoes, focusing on their needs. You might be surprised by what you discover.

We Can Help You Properly Prepare for Your Most Critical Negotiations.

When it comes to negotiations, all of your preparation will be in vain if you fail to consider the other side’s wants, needs, desires, motivations, and perspectives. What should be cordial and productive talks will likely be fraught with frustration and wasted time, eroding even the best of relationships. We can help! Drawing on 46 years of real-world negotiating experience, we’ll assist you with getting better deals, saving time, and creating value for all involved — not to mention preserving and even strengthening relationships. Let us partner you with one of our advisers, ensuring that you’ve got the broadest view of your deal.

Call one of our experts today:

Brian Buck
More by Brian Buck:
The problem with giving in
No basis, No deal
Back to Insights