Underestimate me again - I dare you 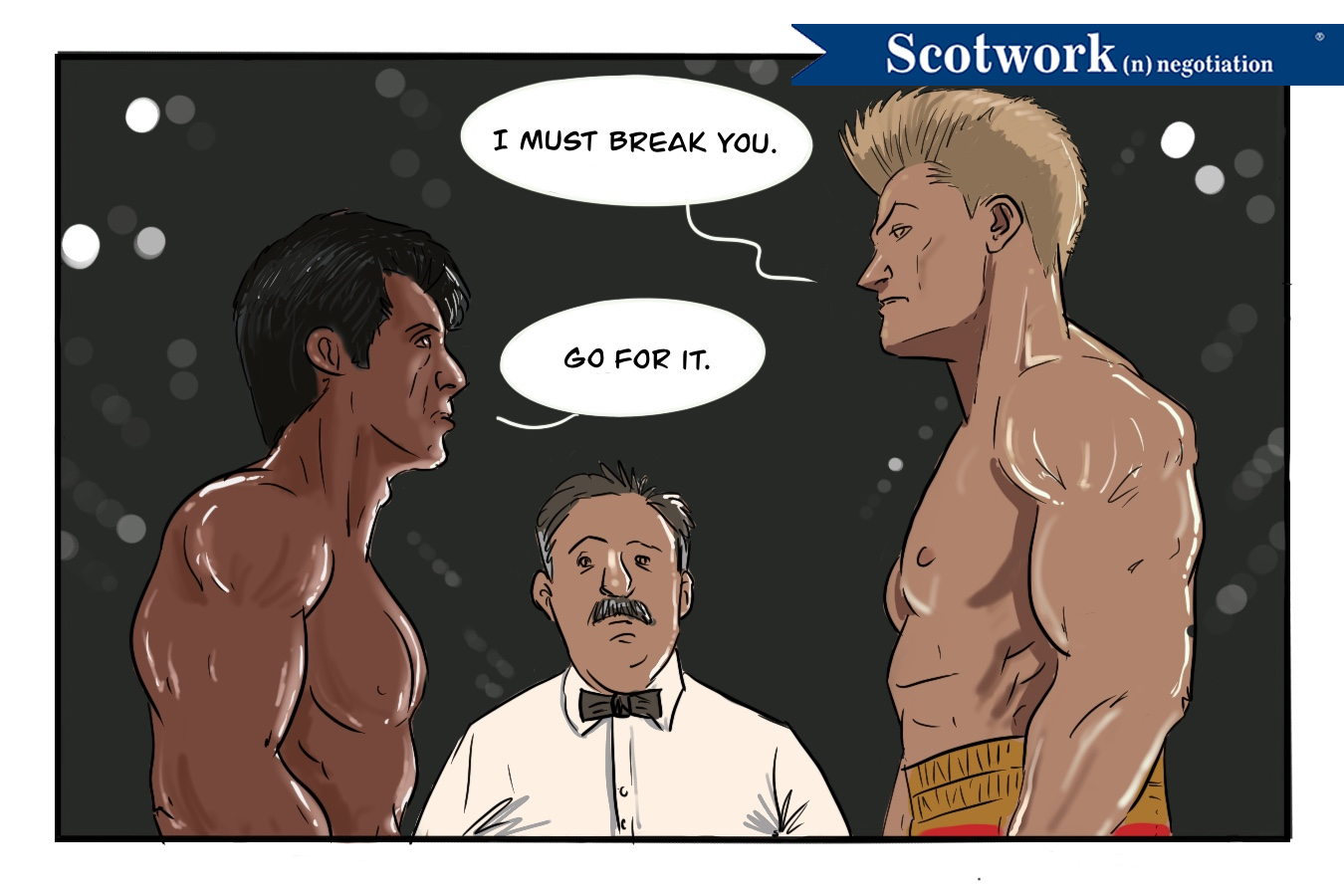 I hate it when people tell me that I can’t do something. I’m not talking about things like “you can’t drive over the speed limit” or “don’t wear white after Labor Day.” No, I’m talking about the limits someone tries to put on me due to their underestimation of my abilities. I hate hearing it because it can make me question my own abilities. That, in turn, usually leads to anger and a need to prove myself, demonstrating how wrong they are! It’s a cognitive bias that trips up so many people, and it can be devastating at the negotiating table.

Cognitive biases are ingrained in the way we interpret and process information. They’re often described as systemic errors in our thought process that affect the decisions and judgements we make. They occur because our brain is constantly looking for ways to simplify the information it needs to process in order to help us interpret the world around us and to speed up decision-making. As such, we become susceptible to these biases.

Biases can distort reality. They can impact our critical thinking, making it difficult to gather or exchange accurate information. They can lead us to avoid uncomfortable truths that we need to learn or prevent us from investigating root causes. They can lead to poor decision-making, distorted thinking, and even belief in conspiracy theories.

Overconfidence is one of the most common cognitive biases that can impact our judgement. In fact, in his 2011 book, Thinking, Fast and Slow, Daniel Kahneman called overconfidence “the most significant of the cognitive biases.” It’s this bias that leads to underestimating the opposition.

At the negotiating table, underestimating the other side can lead to disastrous results, some of which may include:

Also, think about the impact on the other party. When I’m on the receiving end of another party’s overconfidence, I’m pushed into my ego, which results in a bad situation for the both of us. When I’m in that place, I no longer want to just create a valuable deal — I want total domination. It’s actually no longer about the deal — it’s personal. The other side’s overconfidence bias not only impacts their decision-making, but it impacts mine as well.

Since we’re all susceptible to cognitive biases, we should pay attention to how we’re interpreting information and making decisions throughout a negotiation. Here are some tips for how to do that:

Be aware of your biases and better deals will come.

We Can Help You Counter Cognitive Biases at the Negotiating Table.

Are cognitive biases such as overconfidence impacting your relationships at the negotiating table — delaying or even damaging your deal outcomes? We can help! Drawing on 45 years of real-world negotiating experience, we’ll assist you with getting better deals, saving time, and creating value for all involved — not to mention preserving and even strengthening relationships. Let us partner you with one of our advisers, ensuring that you’ve got the broadest view of your deal.

Brian Buck
More by Brian Buck:
Dealing with a bad deal
Privacy, please
Back to Insights